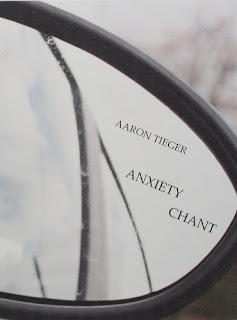 ... to point you towards a brand-spanking new poetry press called Skysill (who I discovered via Alan Baker's Litterbug blog) whose first pamphlet - Anxiety Chant by Aaron Tieger - looks to be the first of many interesting publications.
Posted by The Editors at 17:04:00 No comments:

Alistair Noon - Sonnet for the Birth Centenary of Seán Rafferty

Old men and their mythologies. The line’s
Seán Rafferty’s, who walked into his eighties,
brewed poems for his dead first wife, sold wines
and beers, and never stood on stages,
no, never stood on stages, and had to say
some poet was important, what they meant –
as if pub rules were hung there to obey –
that a certain woman was intelligent;
instead of pulling pints six days a week
slide in he’d sat beside Octavio Paz,
that the poems of a paleskin from Mozambique
were African in their sense of jazz,
and with every birthday pint a lifespan affords
take slower, slyer steps across the boards.

To mark the centenary of Seán Rafferty's birth, a short introduction to his life and work is available at Todd Swift's Eyewear blog, and further essays and responses in an e-chapbook published today at Intercapillary Space.
Posted by The Editors at 08:00:00 1 comment: